What is Brain Awareness Week? 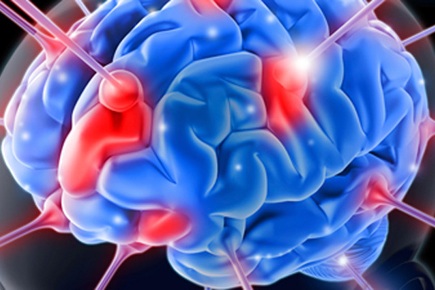 Every year millions of people are negatively affected by invasive brain diseases. In 1993, concerned individuals came together and formed an alliance to bring awareness and champion brain research in their global communities. March 12th serves as a launching point for Brain Awareness Week, 2018.

In March, the world will watch as government groups, the education system, patient advocates, scientists and service workers all unite to promote awareness of the wonderful organ you know as the brain!

Brain affliction can literally protrude into every aspect of your life. The brain’s function affects your body as a whole. Neurological and nervous system disorders invade when abnormalities plague the most complex structure on the planet, your brain. Do you know anyone who struggles with a brain disorder? Brain disorders are difficult for the sufferers and their loved ones. Below are some of the most common types of brain disorders:

Many lives are affected by the irreparable damage brain disease can cause. Children and adults suffer from physical and mental inconsistencies because of brain disorders. It makes it that much more important to support Brain Awareness. Scientific research and experimental studies on the brain are supported by groups like the Dana Alliance for Brain Initiatives to help bring aid and knowledge to people everywhere. Brain Awareness Week is the catalyst for jump-starting brain-saving fundraising and facilitation of brain-related programs over the course of the year.

Everywhere in March, people will celebrate the many functions of the brain. The series Your Brain at Work supported by Brain Awareness Week founders focus on how employers and employees can maintain cognitive fitness. Maintaining your brain fitness is extremely important to effectively battle nervous system disorders like Alzheimer’s disease.

This year, brain exhibits can be seen across the world. On March 12th, exhibits such as the Mind Apples exhibit at the Health Professional’s Building in Phoenix, Arizona will engage participants by asking questions about what they do to keep their brains healthy. Students will be asked to handout detailed brochures on Brain Awareness to help spread the word.

In San Sebastian, Spain at the Science Museum, Brain Week Awareness activities are being introduced from March 12th to the 16th to the general public as well as to school-aged students. Organized by the Basque Center on Cognition Brain and Language, workshops and discussion will be made available to people of all ages. They will get to experience the brain in a setting that breeds exploration and life-changing experimentation!

What Can You Do?

Did you know that almost 50,000 thoughts are conceived in your brain on a daily basis? Sadly, close to 70 percent of those thoughts are negative ones. How can you turn those negative thoughts into a positive, proactive movement? You can gain a sense of achievement when you help promote brain awareness in your area! Below are some great ideas for you to keep you and others informed of the many wonderful things the brain is capable of: